I am a father, anarchist, minimalist, business owner, and systems engineer. I have traveled throughout the country, cruised around the Caribbean, and visited Europe. I have lived my whole life in the small town of Bergen, NY. It is a great community, with the unfortunate geographic issue of being located in the least free state in the country.

I have been searching for liberty my whole life, but for a while I didn’t know what that really meant. I never bought in to the political party system and division tactics. I never registered to vote or participated in this corrupt and manipulated system. The first half of my life, I ignored the political system as much as possible. It was 9/11 that shook me awake, and I realized that the beast wasn’t going away. I spent the next 10 years engulfed in the alternative world news, from Alex Jones to Occupy Wall St, RT, and on and on. It was a bit overwhelming to say the least (especially Alex!).

It wasn’t until September of 2012, when I was watching a YouTube video of a girl in Texas being arrested on a bicycle that I found, among the thousands of comments, a link to The Free State Project. I dove in, and was so ecstatic that I signed the Statement of Intent that night.

I looked at houses in NH, and discovered the tiny house movement. Being a single, minimalist, outdoorsy freedom lover, this was perfect. I have always wanted to rewire my house with all 12v battery operated led lighting and electronics – enabling a permanent solar powered life. All of this came together perfectly, in a plan to sell my house and live permanently in an RV. It is pre-built, runs on 12v natively, and comes with a huge bonus of being mobile.

By 2014 I bought the camper, and spent a year living in my backyard as a trial run. The next summer, I bought a truck and tried a few short trips with my house on wheels. In 2016 I attended Liberty Forum for my very first visit to NH. This was an absolutely amazing experience, and I was instantly assured that this was better than I could have ever anticipated. This feeling was only amplified after attending PorcFest the same year.

I have some serious regrets about not visiting sooner, as that decision has literally cost me millions of dollars. When I first read about Bitcoin online in 2013, I realized its potential immediately. It was exchanging at $25-30 at the time. Although I couldn’t figure out how to get it or store it back then, I would have invested heavily into it. From the stories I’ve heard, all I would have had to do is show up at PorcFest and I would have learned about Bitcoin back when it was in the single digits… and I would have been able to buy and store it. So, there’s a lesson in procrastination I guess.

During the summer of 2016, I was offered a position with a new company that would enable me to telecommute. I was ready to hit the road. Come spring, I saw my family, tied up loose ends, hitched up, and headed to the ‘Shire. I explored the state, staying at some outrageously beautiful campgrounds.

Unfortunately, living on wheels in a campground does not qualify one as a permanent resident. I tried many different town and state offices pleading my case, and kept running into walls. They were not sympathetic to my situation, and could only repeatedly quote from their rule book that was written well before they were born. It was frustrating, exasperated by my take on government systems.

Then I recalled the few thousand friends that I had on standby, and I put out a public cry for help. The first response came within hours, and then the floodgates opened. Within a day, I had more options to choose from than I knew what to do with. This was my first post to any of the FSP groups, and I was completely overwhelmed with the response. I think my FB friends list doubled in a week! I eventually decided to rent an apartment short term to satisfy the archaic residency requirements.

The overwhelming feeling of happiness that I had when the clerk told me “It looks like you have everything you need” is indescribable. At that moment, I truly regained hope and have a new outlook on my future.

My dream is to build an open shared community on 100 acre woods, in the Free State, that would qualify as a permanent residence for whatever type of homes are built/parked on it. I think that project has a few years to come to fruition, but I won’t give up hope. 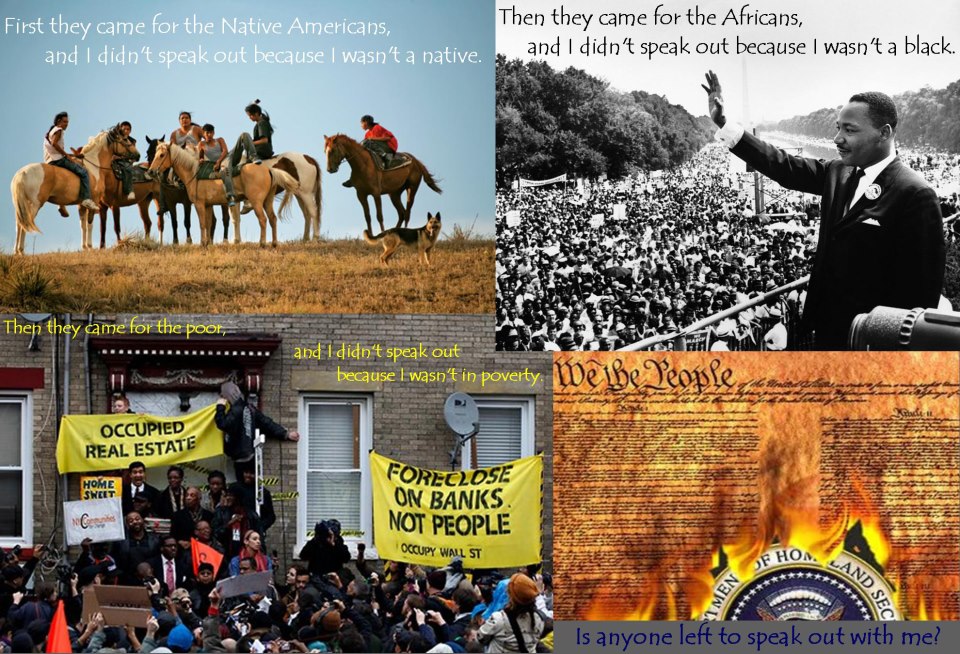 Where the hell have you been?
Didn’t you notice the groups out there fighting for years to salvage
freedom in this “land of the free”? That’s not even scratching the
surface of the rest of the world. Now it’s finally affecting you
personally, and holy shit!

I’d be happy to summarize the past 12 years for you if you’re finally interested. Which, again is just scratching the surface of the other 500 years of American corruption. Or do your own research…and NOT from the American “news” channels! I think you can still trust Google (**subject to change).

Google – Start with the Patriot act and NDAA. This gives the feds full right to silence the opposition with force (btw, you are currently the opposition). Also, if you care about freedom of speech, and want to be able to voice your opinions, keep googling; SOPA, PIPA, CISPA, etc. Once those bills become law, you may not be posting so freely on Facebook.

Let’s be honest, when this “democratic government” decides to take your guns, there is not a damn thing you can do about it. It’s too late. And good luck “not going down without a fight”… Have you seen their military that you’ve bought for them, and maybe even volunteered for? I’m pretty sure the number of automatic weapons and amount of ammo you own is irrelevant.

To be honest, I have been waiting for this “wake up America” for a long time. I just hope this is the real one, and not just another hot topic that will be forgotten next month when there’s new “Breaking News”. I hope they send the secret police door to door for this one. So far they’ve been smart and sneaky, destroying the constitution in moderation. This one actually caught some attention.
Lets hope it works.