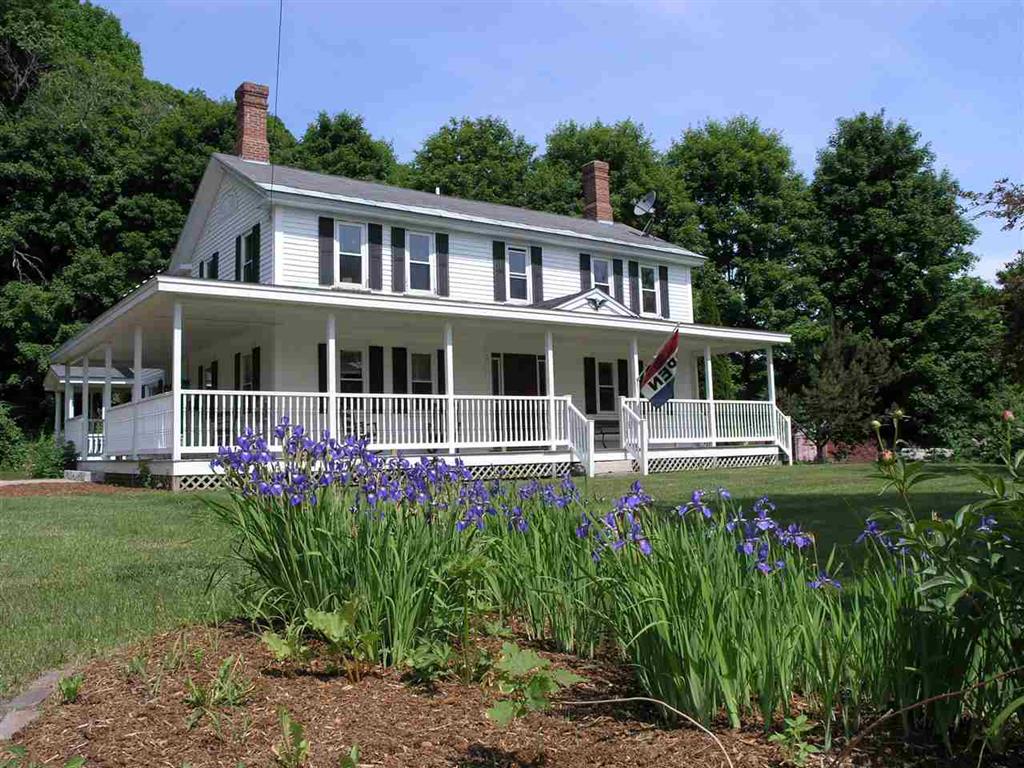 It’s been one year since I first laid my eyes on this place, and it has been an epic journey getting here

It all began in Tavares, FL last November. I was living in my RV at a friend’s house on the lake. I had actually just met him a few weeks earlier during Red Pill Expo with G. Edward Griffin. The dozens of friends I made there are still some of the coolest people on earth.

The current chapter in my story began last November. The last chapter was a wild one, so I should probably write that one next. But for now, this began as an idea. An idea I had one night while sitting in my camper by the river, in all of Florida’s beauty. While watching the world fall apart from my easy chair, I realized that the only way to stop the freight train that’s trying to run us all over was U.N.I.T.Y.

And while in Florida for just a month, I met Dr Andrew Kaufmann and Del Bigtree – and met some great people at Zen Awakening 2020

I have thousands of friends – but that’s not what I mean by unity. I mean; we need to UNITE where the MSM and politicians are trying to create division. They don’t want us working together because we might realize that WE DON’T NEED THEM. They create narratives to divide people based on political silos, fringe issues, color, and anything else they can think of.

I have seen this division with multiple movements that have had the potential to actually change the world. Bitcoin forked, Anarchapulco forked, Porcfest forked, and the FSP essentially forked in 2016. These were all caused by unnecessary drama, relatively created out of thin air. Today, you can see the attempts at division growing stronger, but the tyranny is forcing us to be stronger and unite.

My idea is to create a platform for all of the groups in the world to be able to share their common goals and ideas, and still be able to express their individuality. I don’t know what exactly sparked the idea, but could have been the lighter sparking the joint. I don’t smoke often, but have been experimenting now and then for a year or so. I still don’t recommend it, but have I had some pretty intense highdeas on occasion. This was one of them.

I have been part of the Free State Project for almost 10 years now. I didn’t move until 2016, but have supported it since the day I first read about it in a random youtube comment. There are about 20,000 liberty minded people actively trying to move to New Hampshire to create a free state.

This is going great, and we’ve built an incredible thing that has never been tried before. Although, there have been numerous hurdles. The project gained tremendous attention in 2016 when we hosted Edward Snowden at Liberty Forum. We also triggered the move by reaching 20,000 pledge signatures.

I found out about the Freedom Cell Network in the summer of 2020. I immediately recognized the value in this system, as it’s designed to bring people together for the purpose of building a network of freedom loving people by networking with others in your area.

I decided that the best way to achieve unity was to combine my two favorite projects into a new Free State Project Freedom Cell. This could be HUGE. Using the existing resources of the Freedom Cell social media network, we could organize the people in New Hampshire, and also connect them with others that haven’t made it here yet.

The people living in New Hampshire as part of the Free State Project are some of the most experienced and freedom minded people in the world. They have dedicated most of their life to creating Liberty in our Lifetime. We have been building communities, creating alternatives to the corporate systems, and preparing for economic collapse on a global level. Some of us for over ten years now.

So here I am, exactly where I’m meant to be. I’m in the center of New Hampshire, the freest state in the “freest country” in the world. I chose the perfect location on a map, I put my finger on it, and underneath was the house of my dreams. Literally.

I now own a place in Weare, NH on John Stark Highway, about halfway between two of the largest cities in NH. Weare is part of the reason you have any freedom today. This was due to one of the first acts of rebellion against the tyranny of England on April 14, 1772. I would highly recommend reading about the Pine Tree Riots to understand the significance of this town.

John Stark Highway runs right through the center of town. General John Stark wrote Live Free or Die: Death is not the worst of evils, back in July of 1809, and it still rings true today. Just as the phrase written by John Locke describing an appeal to heaven

Death is not the worst of evils.

If you know me, you know I’m not afraid of death – it’s the people that I leave behind that I worry about. I have lived every day of my life as if it could be my last, and I’ve enjoyed every bit of it. I will never give that up, but will also never give up fighting for freedom.

I may not have much time left. I don’t know how I’ll go, or where I’ll go – but there are many things that could take me there now. Besides the fact that I smoke, drink, and eat almost entirely processed junk food… Now I’m putting myself at risk of being Ross’d or Suicided/Clintoned. If there’s one thing I know, it’s that the government doesn’t like competition.

I would prefer the latter, as I wouldn’t want my family to go through the pain that my dear friend Lyn must feel every day with her son locked in a cage. I will never take my own life though, so they better be real sure to make it look accidental.

The Free State Project Freedom Cell is not a group, or anything like that. It’s just a way to organize people around the state of New Hampshire, and be able to set up networks for food, shelter, communication, events, community, and anything else detrimental to our freedom and survival. We intend to thrive, and be the change we’d like to see in the world.

Honestly, this is the idea that I expect to gain the most traction. It encompasses almost everything that we’re looking to achieve. The Freedom Cell Network has grown in just a couple of years to over 20 thousand of the best people on earth. We are working on our exit strategy to build independence in our lives. The Free State Project reached 20,000 pledges in February 2016, but didn’t come with much of a plan to organize those people.

Being such an independent individual, instead of suggesting “Somebody should…”, I decided to start working on a plan. I registered fspfc.org while still in Florida, and started my b-line back to New Hampshire to start looking for a home base for this new project.

Although I was certain that I’d have hundreds of people excited for this new hybrid merger of FSP and FC, I also accept the fact that there are probably thousands of other projects already in the works. It would be up to me to market this one as the ultimate solution.

As I arrived back to New Hampshire just in time for Thanksgiving, I set my sights on buying property. Initially, I planned to buy everything I could afford to finance, since I knew the ideas in my head would start to manifest lots of attention and new movers looking for housing.

I didn’t really consider buying commercial property, although it’s always been a dream of mine. I was working with Constance at Porcupine Real Estate, and also frantically watching Zillow and Redfin. I found a few multi-family houses, and fixer uppers, and even toured a couple. Constance tipped me off to Homesnap, which would ultimately change my life.

Then I realized I needed to narrow my search down to something more specific than the entire state of New Hampshire. I thought for a while, and decided that if I were to pick any town, it would be Weare because of their revolutionary history. Once I committed to that, I thought “Where in Weare?”. Well, there’s a highway running right through the center of the town named after General John Stark. Perfect!

I followed that highway with my finger on the map. This wasn’t a real estate map, I was just looking for the location and planned to figure out the real estate later. So, my thoughts were to try being as close to a major city, while also staying fairly central to the two nearest cities – Concord and Manchester. Once I traced John Stark highway to it’s Southernmost point in Weare (closest to Manchester), I had the perfect location.

South Weare has most of the commerce too. There’s Stark House Tavern, Dunkin Donuts, Lanctot’s Grocery, NAPA, and many other shops. I knew instantly that this was the perfect place for me to start my property search.

It didn’t take long after selecting my dream location. I checked Homesnap for South Stark Hwy, Weare, NH – and there it was! The property had been for sale for over a year, and was just reduced in price by $70k. It was miraculous. I can’t even describe how I felt that day, knowing that I just had to have it.

That’s right… $250k in a market that you could barely touch anything residential for under $500k! So, I knew my next actions had to be very swift, and well planned. I couldn’t even show how excited I was for fear that someone else would come in to outbid me. This felt like a war, even though I was the only one involved. I started the process immediately, and had the offer accepted on the 19th! I actually managed to get all of the office furnishings included – which was likely around $15k of desks, chairs, etc.

I then started working with the banks, and trying to scrape together $70k in cash required for the down payment. We we finally able to close on March 4, 2021 after what seemed like very excessive feet dragging from the bank. I was fairly convinced (without evidence) that they didn’t want to give me the loan so they could buy it themselves.

And there it is. The Wearehouse was born. Time for some action!